Tenuta San Guido is an estate in Bolgheri, Tuscany. It is probably best known for its most famous wine, Sassicaia, arguably the most collectible wine from Italy.

The estate’s history is rooted on the development of Super Tuscans, a peculiar style of winemaking that was initiated by its founder Mario Incisa della Rocchetta, in the 1940s.

A Taste of Tenuta San Guido 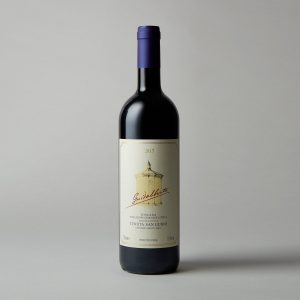 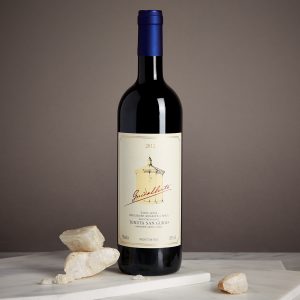 Tenuta San Guido is named after Guido della Gherardesca, an eremite and catholic saint who lived in the 11th century. The estate was established by Mario Incisa della Rocchetta, a marquis with a passion for horse-breeding, who came from a family of winemakers with deep roots in Piedmont.

Winemaking started from observation. Mario recognised in the 1920s some similarities between an Italian wine and the bouquet flavours typical of Bordeaux. When settling in Bolgheri with his wife Clarice, he also couldn’t help but notice the similarity of the gravelly soil of the vineyards. The name “Sassicaia” itself refers to the Italian “sasso”, which literally means “stone”.

From 1948 to 1967, his experimentation with Cabernet Sauvignon remained confined to the personal consumption of the estate. It was only in 1968 that his cousin Ludovico Antinori, who now produces the Ornellaia, convinced Mario to release some cases for distribution.

Over the following years, the wine became extremely popular and it was this, along with quality, that forced the hand of the Italian authorities to classify wines from Tenuta San Guido. Since their first classification as “vino da tavola”, the lowest in ranking in Italy, it was quickly moved to IGT, “Indicazione Geografica Tipica”, just a few years later.

In 2013, Sassicaia was given its own appellation, “Bolgheri Sassicaia DOC”. It’s the only Italian wine from a single estate to enjoy this privilege.

Today, Tenuta San Guido’s director is Nicolò Incisa della Rocchetta, the son of founder Mario, who is helped by his daughter in the management of the estate. Aside from wine, Tenuta San Guido distinguishes itself for horse-breeding and the iconic buildings around the estate, one of which, the oratory dedicated to San Guido della Gherardesca, is painted on the second wine, Guidalberto.

Tenuta San Guido has around 90 hectares of planted vines. The most planted grape is Cabernet Sauvignon, present in all the blends produced by the estate. The other grapes are Cabernet Franc, used for Sassicaia, Merlot, found in Guidalberto, and Sangiovese, for Guidalberto and Le Difese.

The vineyards of Tenuta San Guido are spread across 90 hectares, with different altitudes ranging from 80 to 300 metres above sea level. Depending on the plots, this variety is believed to contribute enormously to the complexity of the wines.

Soil also varies between plots, however, they are generally gravel terrains with limestone and partial clay features.

The vineyards of Tenuta San Guido are characterised by differences in density, with the older stocks found in numbers of between 3,600 and 5,550 per hectare, while newer ones around 6,200 stocks per hectare. They produce no more than 6,000 kilograms of grapes per hectare, which is about a kilogram per stock. It is this low yield that contributes, along with the farming system, to a generally healthier product.

Harvest is carried out rigorously by hand, with grapes selected on the sorting table before a gentle and soft de-stemming and pressing process. Fermentation takes place in stainless steel tanks, with a system that keeps the temperature at around 30°-31°C.

Maceration on the skins depends on the grapes and the wines themselves, but the process typically takes between two and three weeks. The percentage of grapes used in the blends doesn’t follow a strict recipe. For instance, Sassicaia is made up of at least 80% of Cabernet Sauvignon, while Guidalberto, depending on vintages, might welcome the presence of a small amount of Sangiovese alongside the usual Cabernet Sauvignon and Merlot blend.

The ageing process might take between 15 and 24 months, again depending on the wine. Barrels are mainly made from French oak, however, there are some American oaks as well in Tenuta San Guido, that impart a more creamy, vanilla flavoured character to the wine. Around 20% of the barrels are new.

Before releasing, is not uncommon for the wines to spend six months ageing in the bottle.

Tenuta San Guido is well known for wines expressing finesse and fragrance, with relatively low alcohol levels. Defined as rich and majestic, these wines are typically full-bodied and well structured.

For you, The Beauty & The Taste has selected a 2012 Guidalberto.