Vergelegen is one of the most famous wine estates in the world. Located six kilometres away from the shores of False Bay, near Cape Town, its history is tied to the development of viticulture in South Africa itself.

The estate has been rated among the top 100 in the world.

A Taste of Vergelegen Estate 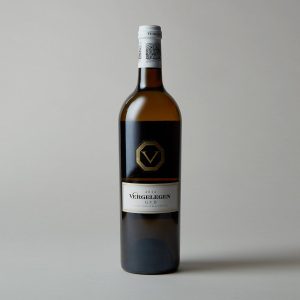 Vergelegen Estate was founded on February 1st in 1700. Its name literally means “situated far away”, as it took three days by ox-wagon to reach the farm on the slopes of Willem Adriaan van der Stel. The van der Stel family had a key role in developing viticulture in South Africa, as Simon was sent by the Dutch East India Company to set up vineyards in the cape to supply the sailors on their route to Indonesia.

Willem Adriaan succeeded his father as governor of the cape, securing for himself 30,000 hectares of land. As that was not allowed under the Dutch East India Company’s rules, in 1706 Willem Adriaan was fired and the estate fragmented, eventually sold as 4 separate farms. Vergelegen as we know it today is just one of them.

In 1798, Vergelegen was bought by Theunissen family, who initiated some extensions before the estate went through many changes in ownership. In 1917, it was finally purchased by the mining millionaire Sir Lionel Phillips. The first job for Phillips was restoration, with the removal of all the vineyard in favour of mixed agriculture.

It was the Barlow family, owning the estate between 1941 and 1987, that eventually replanted the vines, although on a small scale.

In 1987, the global mining giant company Anglo-American purchased the property. They laid down significative investment in viticulture, clearing invasive alien vegetation and restoring flora and the fauna across 2,000 hectares, the historic core of Vergelegen. In 1992, the farm was completely redeveloped by Baron Eric de Rothschild, the owner of the glorious Château Lafite, in Bordeaux.

In 2017, a fire damaged about 40% of the estate. Luckily the vineyards were largely unaffected and the legacy initiated by the van der Stel was not jeopardised. As of today, because of its fame and quality of wine, Vergelegen is a favoured stop of heads of state and international celebrities alike, when visiting South Africa.

Vergelegen has around 158 hectares of planted vineyards. The varieties of grapes planted is quite a wide ranging, including, but not being limited to, Cabernet Sauvignon, Merlot, Cabernet Franc, Malbec, Shiraz, Sauvignon Blanc, Chardonnay and Sémillon.

The estate produces around 16 wines across three ranges: Flagship, Reserve and Premium. Reds and white wines are equally represented in the catalogue.

Because of its proximity to the Atlantic Ocean, just six kilometres away at False Bay, the climate of Vergelegen is quite mild. The altitude of the vineyards range between 140 and 310 metres above sea level, with the slopes facing north to north-west and south to south-east.

In the winery, the emphasis is on simplicity and use of machines is kept to a minimum, with the grapes are transferred by gravity.

Grapes are handpicked and de-stemmed, depending on the wines. For some wines of the Flagship range, the fruit is not crushed, but soaked in cool water for 168 hours before fermentation. It is then followed by 35 days maceration on the grape’s skins. In other cases, maceration can take just 21 days.

Some wines are aged in 100% French new oak to impart a great deal of character, but there are also cases where exposure to new oak is as little as 20% or 40%, with periods ranging between 9 and 18 months.

Ageing in bottles before release is not uncommon for Vergelegen, with some of the flagship range taking as long as 24 months.

The Beauty & The Taste have selected for you the 2014 Vergelegen GVB White from the Flagship classification of the estate.