Barbaresco is a wine sub-region and an appellation with DOC and DOCG status.

Located in southern Piedmont, a north-western region of Italy, Barbaresco is south of the river Tanaro. The appellation includes vineyards and producers across three villages: Barbaresco, Neive and Treiso.

The hills around Barbaresco became a World Heritage site protected by UNESCO in 2014.

A Taste of Barbaresco 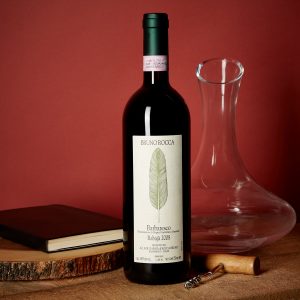 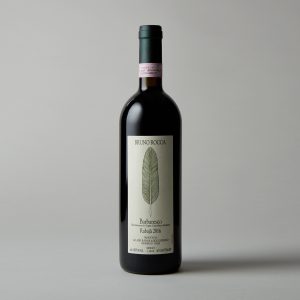 Viticulture and winemaking in Barbaresco were already practised during the occupation of the Gauls in the 4th century BC. The name ‘Barbaresco’ evolved from ‘barbarica silva’, or ‘wild woods’, what the Romans used to call the dense tree vegetation on the hills where tribesmen hide during their cavalry raids.

The birthday of the appellation as we know it today, however, began in 1894. That year, Domizio Cavazza, an agronomist and the headmaster of the Royal Enological School of Alba, founded the Cantina Sociale di Barbaresco, gathering together nine local vineyard owners and providing the appropriate equipment to instigate a more structured winemaking activity.

It was during this era that wines were first labelled as “Barbaresco”.

The premature death of Cavazza in 1915, with the outbreak of the First World War, as well as the fascist economic rules that closed the Cantina Sociale di Barbaresco in 1930, had a severe impact on the development of the appellation.

In the 1950s, a new generation of producers, such as Angelo Gaja and Bruno Giacosa, contributed to kick-start a golden age for Barbaresco and those producers still represent the excellence of the appellation today. In 1958, the priest of the village of Barbaresco understood the importance of vineyard owners to gather together for the appellation in order to prosper and with 19 small growers, he founded Produttori del Barbaresco. The first three vintages were produced in the basement of the village church, before a winery was established across the square.

By the 1960s, Barbaresco made its entrance on the international market and expanded its fame beyond its national borders.

Produttori del Barbaresco has now amassed 51 members, owning over 100 hectares of premium Nebbiolo vineyards around the villages. Despite big brands like Gaja and Giacosa, who have been producing excellent Barbaresco for decades, high quality is standard for the small growers and producers that are in fact the backbone of the denomination.

As in Piedmont, Barbaresco has a continental climate characterised by cold winters and hot summers. Climate change over the last ten years has helped Barbaresco, with temperatures that have increased significantly during the summer.

A consequence of the change was a better ripening of Nebbiolo, a grape that typically struggles to reach its full potential. Extremely warm summers being the norm in the appellation now, growers have improved their vineyard management and with the proximity of the Tanaro River, Barbaresco is able thrive with hot vintages.

Barbaresco has a vineyard surface of around 760 hectares, producing slightly over 4.2 million bottles in 2017. The vineyards around the village of Barbaresco make up 45% of the whole appellation production.

The vineyards represent less than 2% of the entire Piedmont region and an even smaller percentage in terms of production. This is due to the fact that Barbaresco’s DOC status mandates a limitation of the grapes that are allowed to be harvested per hectare.

Nebbiolo is the only grape allowed in Barbaresco. Despite several attempts, the grape doesn’t flourish anywhere else in the world to the degree that it does in Piedmont. Its reputation is very much tied to both Barolo and Barbaresco wines.

Nebbiolo is a grape that is particularly suited to the unique calcareous clay soil in the appellation. Despite heavy tannins, rich and different flavours, as well as complexity, Nebbiolos are generally opaque in appearance, gaining a unique brick hue over time.

Since its DOC and DOCG status in 1966 and 1980 respectively, Barbaresco can only be made under very specific rules. Such guidelines are among the strictest in Italy and guarantee the high quality of the wines.

For example, all the wines must be made from Nebbiolo grapes only, and there are limitations on the amount of grapes that can be harvested, just 8,000 kilograms per hectare, which usually correlates to less than a kilogram per vine. After harvest, the wine has to be aged for at least two years, one of which in oak barrels. To get labelled “Riserva”, ageing lasts at least four years.

Vineyards are also prohibited from facing north and their altitude cannot exceed 550 metres above sea level. The soils are calcareous, clay or a combination of both.

Compared to Barolo, Barbaresco wines have lower tannins and tend to reach their peak sooner. It has been defined as a perfect fit for wine lovers looking for energy and finesse, while enjoying a very terroir-driven product.

Barbaresco is generally full-bodied, intense and shows great complexity and elegance, rather than strength. It is not uncommon to sense violets, red berries, raspberries and redcurrant jam, as well as earthy sensations, such as underbrush or leather.

Other flavours can include cinnamon, nutmeg, toasted hazelnuts and vanilla, while age often brings out complex earth, fungus and iron elements.

Among the most important producers of the area, Bruno Giacosa and Gaja are two of the most renowned. They not only represent an excellence of Barbaresco, but also had a pivotal role in the modernisation of winemaking and viticulture more generally.

Bruno Rocca is a family-run wine estate located in the northwestern Barbaresco appellation. Rocca is an eminent producer of aromatic Barbaresco from the Nebbiolo varietal, a DOCG wine standing for “Denominazione di Origine Controllata e Garantita”, the highest classification achievable in Italy.