New Zealand’s Central Otago wine region, located in the south of the South Island, is the southernmost in the world, although Patagonia is currently competing for the title.

Otago is most renowned for its Pinot Noirs, although it is also well known for producing high quality aromatics in a stunning, dramatic landscape.

A Taste of Otago 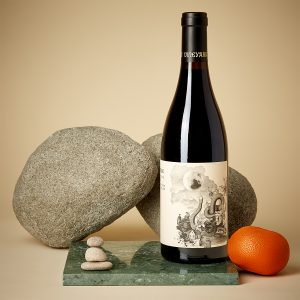 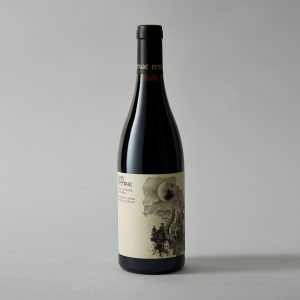 The history of wine production in the Otago region dates back to New Zealand’s gold rush of the 1860s, when French immigrant Jean Desire Feraud planted the first vines in the area.  Ten years these humble beginnings, Feraud had amassed around 1,000 fruit-producing vines. He sold and produced wines at a local winery, Monte Christo, and to this day the region is still famous for Feraud’s wines.

After a survey was done of the area by a winemaker in the late 1800s, Otago was found to have suitable wine-growing potential and the region brought home its first Gold Medal for Burgundy in Sydney, Australia in 1881.

Unfortunately, the gold miners in the area had limited demand for wine, preferring beer and spirits instead, and wine production in Otago remained fairly small scale until the 1990s. For example, in 1996, there were only 11 wineries in the region, but this number had increased to 75 by 2004. In the same ten-year span, the number of hectares under vines rose from 92 to 1,062.

While the region is still relatively small, it accounts for 2.4 percent of New Zealand‘s total wine production and, while the quantity may not be large, the quality is where these wines stand out.

Central Otago lies about 300 meters above sea level and has a continental climate surrounded by high mountains, which help to shield the vineyards from New Zealand’s classic maritime climate. Otago is also notable for being home to New Zealand’s only continental climate. Rainfall in the area averages about 375 to 600mm per year and the area enjoys hot summers, long, dry autumns, and cold winters.

The soils in the area are derived from glaciers and have deposits of mica and schist along with heavy mineral deposits in silt loam, making it an ideal region to produce Pinot Noir.

Otago has a total of 1,932 hectares under vine, and the area yields about 10.5 tonnes each year, accounting for 2.4% of New Zealand’s total wine production.

135,000 litres of Pinot Noir are produced in the region each year, followed by 31,100 litres of aromatics (floral white wines such as Moscato, Riesling, and Vidal Blanc), 4,500 litres of Chardonnay, and 4,300 litres of Sauvignon Blanc.

Around 80% of the plantings in the region are of Pinot Noir grapes, which is a notoriously difficult grape to cultivate and produce. Pinot Noir does well in cooler climates, but is more susceptible to vinicultural diseases and pests due to its tightly packed clusters of fruit. Pinot Noir is New Zealand’s largest variety of red wine, and the second largest overall (with Sauvignon Blanc taking first place).

The region also produces Sauvignon Blanc, though to a much smaller extent than Pinot Noir. Sauvignon Blanc was one of the first wines to be sold with a screwcap, which was mostly due to New Zealand producers. When grown in cooler climates, it has more acidity and green, grassy flavours.

Pinot Noirs produced in Bannockburn, Bendigo, and the Cromwell Basin are usually described as classic, Central Otago wines. They have flavours of sweet plum and cherry, together with a seasoning of thyme.

In Gibbstown and Wanaka, on the other hand, Pinot Noirs take on a more pronounced mineral character, with flavours of red cherry and fresh herbs. They are also often spicier than the Pinots produced in other parts of Otago.

Some of the notable producers in the Otago region include Two Paddocks (a small, family-owned winery), Judge Rock Vineyard (a boutique winery owned by the Jacobson-Chiaroni family), and Amisfield.

Amisfield opened in 1988 and currently has a 200-hectare property. It is one of the largest single vineyards in the region and produces 20,000 to 30,000 cases of wine each year.