The Martinborough wine region, sometimes referred to as Wairarapa, is located on the southern tip of the North Island of New Zealand. Martinborough itself is a town about 65 km east of Wellington, but it’s location makes it ideal for winemaking, with vineyards snaking in thin ribbons around the northern and eastern sides of the town.

The Toast Martinborough Wine Festival brings about 10,000 visitors to the town of 1,500 residents every year.

A Taste of Martinborough 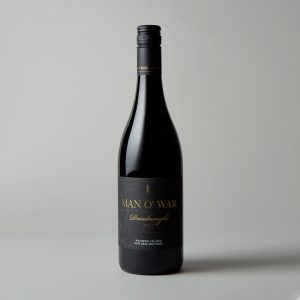 The town of Martinborough was established in the 1800s as a service post, and early settlers planted vines here in the 1880s. However, wine production in the area was halted by New Zealand’s temperance movement in 1908 and didn’t pick back up again until the 1970s. During New Zealand’s temperance movement, the former district of Masterton, to which Martinborough belonged, voted “no license,” meaning that no alcohol could be sold within the district. Due to this, many local wine producers went out of business, as they were unable to sell their wines locally.

In 1979, a soil report from the New Zealand government indicated that the soil in the area was extremely similar to the conditions in Burgundy, and the region was seen as a perfect region for viticulture from then on.

Today, wine production in the area has expanded beyond what anyone could have imagined during its early days in the 1800s. Martinborough is now a small town with boutique shops, cafes, and plenty of wineries for tourists and locals to enjoy.

In 2010, at the prestigious Decanter Wine Awards, Martinborough Vineyard’s won the award for the world’s best Pinot Noir for their Schubert Wines Block B, beating out other, more renowned entrants.

Martinborough has a relatively dry, semi-maritime climate due to the surrounding hills. It has cool springs and falls, with hot summer days and cool nights. This climate allows for a long growing season, which helps to bring unique flavours and complexity to the wine. The region has about 1,900 hours of sunshine annually, and an average annual rainfall of about 980 mm.

The region’s soil is particularly noteworthy, partly because of its aforementioned similarity to Burgundy. The soil in the area is primarily silt loam over top of free-draining deep gravel, but it also has areas of clay loam and limestone, which is ideal for Pinot Noir production.

Martinborough’s climate is similar to that of Marlborough, another New Zealand wine region on the South Island. While the climates may be similar, the wines that both regions produce are different enough to be notable, and the Pinot Noir’s produced in Martinborough are known to be subtler and more complex than the peppery Pinots of Marlborough.

Martinborough only has about 3% of New Zealand’s wine area, but is known for producing fine, boutique wines. As of 2013, there were 972 hectares under vine in the Wairarapa region: 465 hectares of Pinot Noir, 316 hectares of Sauvignon Blanc, 55 hectares of Pinot Gris, and 25 hectares of Riesling. Some vineyards also produce Syrah, Gewürztraminer, and Rosé.

The Wairarapa area has about 64 registered wineries, which contribute 1% (around 5,000 tonnes of grapes) to New Zealand’s total wine production.

Pinot Noir is the area’s flagship red grape, and by far the most prevalent, making up 53% of the region’s wine output. 19% is Sauvignon Blanc, 9% is Pinot Gris, 7% is Chardonnay, and 5% is Riesling, all of which are white wine grapes.

Pinot Noir is a notoriously difficult wine to make, but that doesn’t stop the vintners in Martinborough. The grapes must be extremely ripe when they are picked in order to have the highest levels of sugar. However, the area is known for its warm, spicy Pinot Noirs, with flavours of cherry and raspberry.

Sauvignon Blanc from the region is also notable, with a mineral textural palate, and a mix of herbaceous, tropical characters.

The Ata Rangi winery is one of the most notable producers of Pinot Noir in New Zealand. Owned by the Paton family, Clive Paton planted his first vines on the outskirts of Martinborough in 1980. In 2010, the winery was honoured with the inaugural Grand Cru of New Zealand. At the core of Ata Rangi’s plantings is the Abel, or “Gumboot,” grape, which ,as legend has it, was smuggled into New Zealand in a gumboot in the 1970s.

Other notable producers in the area include Murdoch James, Cambridge Road, and Martinborough Vineyard.