Located along the valley created by the Loire River, the Loire region is particularly famous for its crisp, fruity wines. With more than 4,000 wineries in the Loire Valley divided across three areas, the Lower Loire (Pays Nantais), Middle Loire (Anjou, Saumur, and Touraine) and the Upper Loire (Centre), there is a vast spectrum of wines to choose from.

The Loire Valley has been a winemaking region since the Romans, but continues to be relatively underrated. The Loire is vast and the climate varies depending on where one is, which can make it difficult to generalise about the region as a whole. However, this does not make the wines produced there any less noteworthy.

A Taste of Loire 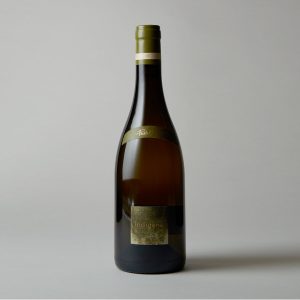 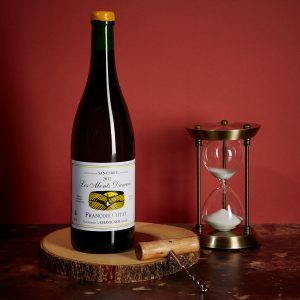 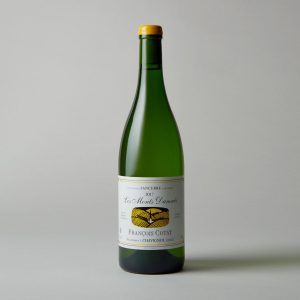 It is believed that the Romans began making wine in the Pays Nantais (Lower Loire) during the 1st century AD, after conquering France (then Gaul). In addition to having the perfect grape-growing climate and soil, the Loire River provided an excellent roadway to transport goods throughout the Roman Empire.

After the Roman settlement, wine production in the valley grew quickly, and by the 11th century, Loire Valley wines enjoyed a reputation for high quality wines across Europe.  When Henry II, Count of Anjou became king of England in 1154, he only allowed Anjou wines to be served at court, furthering the region’s reputation and causing wines from the Loire Valley to become the most highly prized wines in England and France.

From the 15th to 17th centuries, the French nobility caused the Loire to become even more popular by making the Loire Valley their summer retreat. This was particularly beneficial for local wineries.

However, the French Revolution and associated conflicts devastated the Loire Valley vineyards in the late 1700s. Later, new modes of transportation, such as the building of the National Rail system, brought more exotic, cheaper wines, such as those from Burgundy and Bordeaux, into competition with those from the Loire Valley.

The phylloxera crisis, a grapevine pest, attacked the roots of the vines and destroyed a large number of vineyards during this period. After the crisis, quality became a major focus for the vineyards, and in 1935, when the Appellation d’Origin Contrôlée was introduced, the region became officially recognised for wines of quality.

More so than in other regions, the Loire climate can have a significant effect on the wines produced. The Loire Valley lies along the Loire River, which flows from the Atlantic Ocean to the region on Sancerre near Orleans, about two hours south of Paris. The river has a significant effect on the climate of the region, increasing the temperature by a few degrees through the valley and making the area more hospitable to viticulture.

The region has a continental climate, which can be very cool. Springtime frosts can be hazardous to the vines, and rains during harvest months can potentially cause the grapes to not ripen fully. While harvest rains may have a detrimental effect on some wines, wetter conditions can give rise to noble rot on the grapes, which can in turn be used to make sweeter dessert wines.

Over 75,000 hectares of the Loire region are planted vineyards, making it about two-thirds the size of the Bordeaux region. The Loire Valley is very densely planted, with an average of 600 to 800 vines per hectar.

The region produces about 400,000 bottles of wine each year, with 75% of these being white wines.

Historically, the wineries in the Loire Valley have been small, family-owned businesses. Since the mid-1990s, the number of négociant and co-operatives has increased, and nowadays about 50% of Sancerre, as well as about 80% of Muscadet, are bottled by a négociant or co-operative instead of a family.

The Loire region is particularly known for its white wines, and the Sauvignon Blanc from the Upper Loire Valley is considered to be one of the very best.

Since the Loire region is so large, the wines produced can have different characteristics depending on where in the region they’re from.

Sancerre is considered to be the “spiritual home” of Sauvignon Blanc, and the grapes from this area typically have grassy, citrus aromas, along with grapefruit and gooseberry flavors, which is balanced by acidity and minerality.

Chenin Blanc is a versatile grape for Loire vintners, and throughout the Loire Valley. It is full of floral and honey aromas, as well as flavors of apple and quince.

Another major grape in the Loire Valley is the Melon de Bourgogne. Wines produced from this grape are centered in a single region, Muscadet, which is located in the south of the Loire Valley where the Loire River empties into the Atlantic Ocean. Muscadet wines are very dry, with flavors of lemon and grapefruit.

While the Loire is primarily a white wine region, Cabernet Franc is also grown here, particularly around Chinon. Loire Cabernet Franc wines have tobacco and violet aromas, with raspberry and blackcurrant flavors.

Sauvignon Blanc from Sancerre is truly not to be missed and some of the top producers of Sauvignon Blanc include Château de Tracy, Domaine Masson- Blondelet, and Domaine Vacheron.

Domaine Pascal Jolivet, which was founded in 1987 by the Jolivet family, has a rich history of wine making. Their attention to detail and talent for producing wine has led to worldwide success and distinction in the wine world.

Francois Cotat’s estate in Chavignol is small in size, but huge in terms of reputation. The wines produced from this vineyard are atypical for the region, which only helps to increase their notoriety.