Despite being a long, thin, coastal country, Chile has wide range of wine styles to choose from. The history of wine making in the country dates back to the Spanish and, over the years, has developed a rich wine culture all of its own.

Today, Chilean wines have been drawing international attention and winning numerous awards, especially with the help of the French wine producers who have chosen to invest in the region.

A Taste of Chile 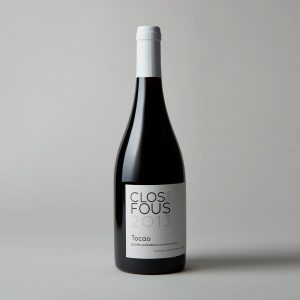 Wine was first brought to Chile in the 1500s by Spanish conquistadors and missionaries, most likely from vineyards in Peru, which at this time were already well established. As the legend goes, Francisco de Aguirre planted the first grape vines in Chile. Early vineyards in the country were cultivated by Jesuit priests, much as the Benedictines did in France, and the wine produced was used in Catholic masses.

While Chile was under Spanish rule, there was a stipulation in place in regards to viticulture that stated that Chilean vineyards were restricted in production, and that the majority of the wine in the country had to be imported from Spain. Both Chile and Peru were banned from exporting their wines to Spain, which handicapped the wine industries of both countries. Chile, for the most part, ignored these restrictions by exporting wine to Peru and preferring Chilean wines to the Spanish imports.

In the 1700s, Chile was known primarily for sweet wines. After a shipwreck off of Cape Horn, Admiral John Byron – the grandfather of Lord Byron – travelled throughout Chile, and, upon returning to England, sang the praises of Chilean sweet wines.

French winemaking techniques influenced the Chilean wine industry much more than the Spanish did, despite Chile’s strong political ties to Spain. Chile’s signature grape variety, the Carmenere, was once grown in Bordeaux, while its Merlots and Cabernet Sauvignon both make up a large part of the country’s exports. This originates with the Chilean landowners of the 1800s, who travelled to France, learned how the French produced their wines and brought the grapes and techniques back to Chile.

While Chile’s wineries never got hit with the phylloxera epidemic that decimated many of the world’s wineries, political instability in Chile in the 1900s destabilised the Chilean wine industry to a great extent.

However, in the late 1900s, investors began to once again see the opportunities that the region provided in wine making and helped Chile to produce premium quality wines. Chile soon began to heavily distribute its wines internationally and is now the fifth largest exporter in the world.

Even though Chile has had its difficulties, its wines are finally gaining the recognition they deserve on the world stage.

The Andes mountains, which run through Chile, dominate the landscape and the climate of the country. Chile is 4,300km long and only 160km wide, so most of the variation in climate for wine growing regions is on an east to west scale, instead of north to south as in other countries.

The north of the country is very hot and dry and the south is cooler and wetter. The country as a whole is classified as a Mediterranean climate, just like in California and Bordeaux, with the Andes helping the regulate the temperature, which benefits the Chilean vineyards.

Although it’s not the most cultivated, Chile’s signature grape is the Carmenere, which is originally from Bordeaux. Carmenere ripens later in the season and needs lots of sunshine and warmth to develop fully. Carmenere leaves look extremely similar to those of the Merlot vine and when Chilean landowners visited France in the 1800s to learn how to produce wine, they mistakenly took some cuttings of Carmenere – instead of Merlot – and brought it back to Chile, where it found its new home.

Chilean Cabernet Sauvignon, which makes up almost a quarter of its overall wine production, is easily drinkable with soft tannins. It has flavours of mint, blackcurrant and olive.

Carmenere wine has flavours of red fruits and berries, tobacco, and leather, as well as smoky, earthy notes. It is best to drink Carmenere wines when they are young.

Seven of Chile’s producers control over 55% of the country’s wine market. These include the renowned producers San Pedro, Montes, Veramonte and Santa Rita.

Clos des Fous, or “vineyard of fools”, is a collaborative vineyard out to prove everyone wrong about the perception of Chilean wines and how they should made. Founded by four friends in Bio Bio, about 500 km south of Santiago these four “crazy” men, as they have been described, have been working hard to change the way of Chilean wine since they founded their vineyard in 2008.