Located on the southern end of the Central Coast appellation in California, Santa Barbara County is the most diverse wine-growing region in the world and is particularly famous for its ‘sideways’ layout and its transverse mountain ranges running East to West.

A Taste of Santa Barbara 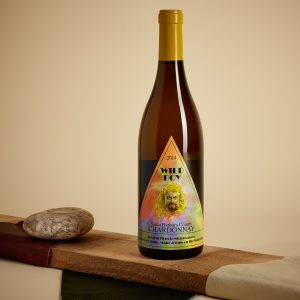 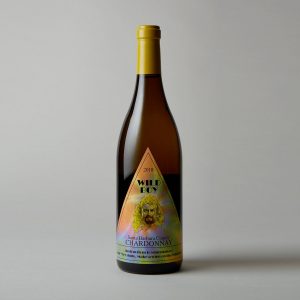 Santa Barbara County’s winemaking history dates back to as early as the late 18th century, marked by the establishment of El presidio de Santa Barbara in 1782. Several missions were established by the Franciscan order to produce sacramental wine through a particularly hardy variety introduced by Father Junipero Serra, called Mission, (hence far from being the sophisticated and elegant world-class wine as we know it today) which became the dominant variety until the 20th century.

By the end of the 19th century there were 45 active vineyards and 17 winemakers across an area of 260 cultivated acres.

The County soon became one of the biggest regions for wine production in California throughout the 1800s, with the Mission variety being replaced by European grapes such as Cabernet Sauvignon, Cabernet Franc as well as Zinfandel, imported from France by Frenchman Justinian Caire one hundred years before the viticultural boom of the 1960s revamped the industry after the devastating impact of the Prohibition Act in 1920.

Santa Barbara winery is considered the first commercial winery in the country since Prohibition, yet Firestone is regarded to as the first estate winery whose wine is made from their own locally grown grapes, with their first vintage dating back to 1975.

The number of wineries handsomely grew from 13 to 29 from the early 80s to the end of the decade with Santa Maria Valley and Saint Ynez Valley being appointed AVAs status, followed by Santa Rita Hills in 2001, as well as Happy Canyon of Santa Barbara, dedicated to Rhône and Bordeaux varietals, in 2009.

Today, the ensemble of Santa Barbara’s 200 wineries spread over 80,000 hectares of cultivated vineyards are home to more than 65 varieties making for a billion dollar business.

Despite the relatively low latitude, Santa Barbara presents a coastal climate along with a variety of terroirs across its 6 AVA sub-regions.

The unique position of its mountain range, unlike any other mountain formation, channels the cooler breezes blowing from the Pacific Ocean eastwards towards the valleys creating a cooling air-con effect that keeps temperature in balance. The morning fog coming from the ocean serves as a protective cloak for the grapes. Little to no precipitation affects this area characterised by long growing seasons.

According to a 2013 survey, Santa Barbara wineries were turning over around $270 million, slightly less than 50% of the winery revenues from the whole region of California. This translates into a retail value of $850 million.

The total impact of wine-related services – including wages and tourist attractions – on the economy of Santa Barbara is estimated to peak to $1.7 billion: about 60% of the ancillary wine industry in California, wineries included.

Out of all grapes cultivated on 11,000 hectares of vineyards in the county, only a half is processed by local wineries, while the other half is sold and shipped outside Santa Barbara. In terms of grapes, the most represented is Pinot Noir (38%), followed by Chardonnay (23%) and Syrah (12%) alongside other varieties produced in smaller amounts.

Amongst the 60+ grape varietals spread across almost 22,000 miles square, highly aromatic, dark fruited Pinot Noir and zesty Chardonnay are the undisputed sovereigns of this region, accounting for 38% and 23% of production respectively, followed by fully ripe blackberry and blueberry flavoured Syrah and crisp Sauvignon Blanc.

Some areas farther inland are warm enough to be the growing soil for Cabernet Sauvignon and other Bordeaux varieties, as well as Rhône varieties such as Viognier and Grenache.

Due to the area’s peculiar climatic factors combination, Santa Barbara wines are well balanced in sugar and acids and packed with flavour due to the extended hang time during its very long growing season, allowing the grapes to mature its signature full traits.

Its cool climate conditions allow for wines with balanced alcohol content as opposed to the ones usually associated with warmer climates. Interestingly, the region’s wines are also high in acidity, which offsets the ripe flavours of the grapes, as well as adding to their ageing potential.

Amongst the top wineries of the county, situated off the usual beaten track, Presq’uile Winery is responsible for the production of complex Pinot Noir and Chardonnay with a beautiful balance of acidity, given the specific terroir of Santa Maria Valley.

Au Bon Climat was founded by Jim “Wild Boy” Clendenen in 1982 and is regarded as one of the best estates in the world. Au Bon Climat is famous for a very distinctive, Burgundian style, quite different from the usual Californian wines, owing to the vision and passion of the founder of the estate.

And it would be impossible not to mention Bien Nacido, a 900 acre historic vineyard devoted to growing Burgundian and Rhone grape varieties alongside 1400 annual cases of Pinot Noir, Syrah and Chardonnay.