Located in Napa County, California, Napa Valley is the encapsulation of enchanting landscapes and praised wines.

The Napa Valley AVA – standing for American Viticultural Area – produces some of the world’s best wines and is considered a virtual paradise for wine lovers due to its stunning varieties of grapes and signature Cabernet Sauvignon.

A Taste of Napa Valley 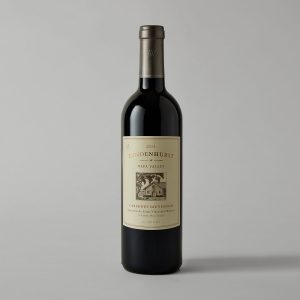 Credit for planting the first vineyards in Napa Valley is bestowed on pioneer and settler George C. Yount. However, John Patchett established the very first commercial vineyard in 1858 – rivalled by the one founded by Charles Krug in St. Helena right afterward, in 1861, vying for the same title.

Ever since, the establishment of vineyards became a growing trend in the valley resulting in more than 140 wineries operating in the area by the end of the 19th century – some of which are still active today, including Charles Krug as above, Beaulieu and Beringer amongst others.

The late 19th and early 20th centuries represented a period of upheaval, for Napa’s wine industry was almost brought to a halt due to an outbreak of phylloxera, the subsequent enactment of the Prohibition Act in 1920 and the Great Depression hitting hard during the 30s.

Fortunately though, the advent of the modern era brought forth renewed hope as well as a sense of excitement when new winemaking techniques were introduced by André Tchelistcheff in 1938, such as wine aging in French oak barrels, cold fermentation, vineyard frost prevention and malolactic fermentation.

Napa’s thriving new chapter was placed in a sound, secure footing by other key characters such as Beringer Vineyards, Brother Timothy of Christian Brothers and icon Robert Mondavi, who proved to be instrumental in creating the first type of promotion and the conditions for wine-based tourism.

The grounds for prosperity were well in place and by the time the Second World War was over, Napa’s wine industry and its reputation were going strong, with an ever-increasing number of wineries opening in the valley. Napa’s good name grew even further thanks to the outstanding success at Paris Wine Tasting of 1976 where its Cabernet Sauvignon and Chardonnay thrashed the French competition in a blind tasting contest, propelling Napa to international stardom.

In 1983 a second outbreak of phylloxera provided producers with the chance to replant new grape varietals, best suited to the climate and soil, resulting in 75% of the affected terrain replanted with phylloxera-resistant stock by the late 1990s.

At last, the 21st century predominantly saw the acquisition of several wineries, vineyards and brands by both national and international companies such as spirits producers Diageo, E & J Gallo Winery and Constellation, bringing the number of operating wineries in the valley to a staggering 450, as well as making Napa a major enotourism destination as we know it today.

Napa presents several mesoclimates due to its varied geology and topography.  As opposed to warm temperatures found on Napa’s enclosed northern end, the southern tip is much cooler given its proximity to San Pablo Bay.

The fog originated in the Bay is directed inlands through the hills, up to the valley and is considered a peculiar climatic factor contributing to the structure and balance of the wines. At higher altitudes in the valley, cooling is naturally caused by the increase in elevation.

To the east the land becomes more arid, while the west is characterised by rainfall offset by free-draining soils of sedimentary origin.

Due to its highly adaptability to varied soil types and climates, the undisputed, most notable grape found in Napa is Cabernet Sauvignon, accounting for a good 50% of the production pie.

Other varieties such as Pinot Noir and Chardonnay, respectively 3% and 10% of production, feature in the 78% of vineyard acreage planted to red wine grapes, followed by Merlot – even though these grapes are mostly used as a blender for Napa’s Meritage wines and Bordeaux blends.

Regardless of the small size of its designated acreage, Zinfandel is still considered California’s signature variety.

As for the obvious yet powerful minority of whites, Riesling once used to be Napa’s go-to variety before being replaced by Sauvignon Blanc and Chardonnay.

Benefitting from a Mediterranean climate, Napa’s 43,000 mile square cultivated acreage is responsible for 0.4% of the world’s wine production, providing an annual economic impact of almost  $9.5 billion locally and nearly $34 billion in the United States.

With about 700 vine growers in Napa County dotting the valley with approximately 475 wineries, Napa produced more than 1,000 different wine brands.

95% of Napa Valley’s wineries are family owned making for an attentive personal touch in both management and production.

High in tannins, the rest of red Bordeaux blends present powerful structure and deep flavours with notes of dark fruits and berries.

Besides Viognier featuring clean acidity and balanced structure and multi-layered Sauvignon Blanc, either on its own or as a blend, Chardonnay’s profile, influenced by Napa’s calcium-rich soils, varies from buttery to tropical with notes of vanilla, smoke and sweet spices.

Spottswoode Estate survived the devastating wine country fires in 2017 and has been thriving ever since. Currently run by the daughters of the previous owners, Spottswoode has made a name for itself over the years as being one of the top wineries in the United States.

Amongst other Napa’s remarkable producers, Sterling Vineyard has earned quite a reputation throughout the years for its light Cabernet Sauvignon and Malvasia Bianca, while Alpha Omega is particularly known for growing top-notch single-vineyard Cabernet.

With production dating back to 1967 instead, Chappellet takes pride in its Sauvignon, considered one of the finest examples produced in the Country, alongside Castello di Amorosa and its impressive Zingaro Old Vine Zinfandel.