The Côte de Nuits is the northern end of the Burgundy wine region. Along with the Côte de Beaune, it makes up the Côte d’Or and is located in north-eastern France, between the villages of Dijon and Nuits-St-Georges.

Widely considered to be home to the best Pinot Noir wines in the world, Côte de Nuits represents only 5% of Burgundy’s production, reduced to only 1% when considering only the best plots, or Grand Crus.

The Côte de Nuits hosts many of the smallest, most fragmented, yet most prestigious, vineyards in the world.

A Taste of Côte de Nuits 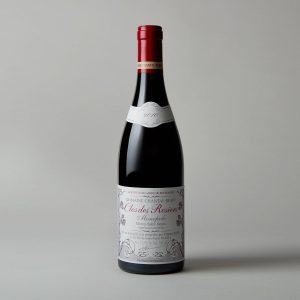 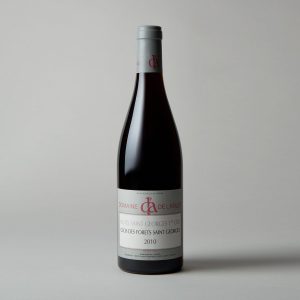 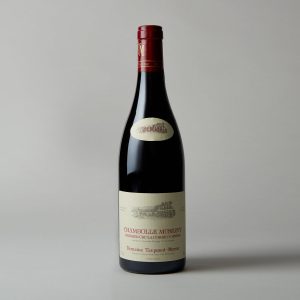 The history of viticulture and winemaking in Côte de Nuits goes hand in hand with the events that influenced, not only the nearby Côte de Beaune, but the history of Burgundy itself.

Despite signs of wine consumption and trade dating all the way back to two hundred years BC and the Celts, it was the Romans who established a proper industry around the 3rd century AD. Although common practice was to plant vines along rivers, it was decided instead to start viticulture on a stripe of land east of Augustodunum (today’s village of Autun), where the Romans had constructed a settlement.

During the German tribes invasion of 3rd and 4th century, the Romans sought help from a population called “Burgundians”, whom eventually settled in the area and gave the region its name.

In the Middle Ages, Benedictine and Cistercian monks had a strong influence on maintaining vineyards and the perfecting of winemaking techniques. In the Côte d’Or, the Cistercian had a particular influence around the 14th century. Alongside them, the Dukes of Burgundy and Valois were key from a publicity perspective, leveraging their connections with the church to promote wines from the area.

Popularity of the wines increased even further when the church started selling the plots to nobility in the 17th century, roughly when more grape varieties began being planted and, in the 18th century, King Louis XIV was ordered by his doctor to drink red wine from Côte de Nuits because of their alleged health benefits.

Similar to what occurred in Bordeaux, the classification of Burgundy wines became a requirement for the 1862 International Exhibition in London. This constituted the basis for the Appellation d’Origine Contrôlée regime that began in Burgundy in 1936 to mandate best practices, including, but not limited to, winemaking and grape varieties.

Côte de Nuits’ wines escaped the Paris Wine Tasting of 1976, also known as “Judgement of Paris”, an event that saw the raise of New World wines against the French. As no red Burgundies were judged, the market didn’t see any negative effect.

Côte de Nuits’ growers and producers, and their exclusive wines, such as Domaine de la Romanée-Conti, have remained widely celebrated and are often described as the best place for Pinot Noir in the world.

As in Burgundy, the Côte de Nuits has a continental climate. However, being at the northern end, this sub-region can benefit from a slightly cooler climate than the rest of Burgundy and is perfect environment for Pinot Noir to shine.

The most important factor in Côte de Nuits, however, is most definitely its terroir, which is a combination of elements in the soil and climate that ultimately contribute to defining the taste of the wine. Due to a multitude of little differences, plots in Côte de Nuits are very close together, but often result in extensively varied wines.

It is this aspect of the Burgundy’s terroir, particularly that of the Côte de Nuits, that gives the wine made here its unique and wondrous qualities.

Pinot Noir is the undisputed king of Côte de Nuits’ red grapes, accounting for about 95% of planted vineyard.

The AOC in the sub-region produce the vast majority of their wines from this grape. Furthermore, all the Grand Crus, vineyards with a privileged position on the slopes and produce the highest quality of all, are reserved for Pinot Noir, with one exception, the white grape Musigny, which uses a tiny proportion of the land. As a result, It is widely believed that Côte de Nuits’ Pinot Noir is the best in the world.

Within the 5% of vineyards planted with white grapes, Chardonnay is by far the most important.

As terroir has an even stronger influence on wines in Côte de Nuits, producers and plots express many different styles. In general, Pinot Noir wines are weightier, firmer and more deeply-coloured than the rest of the Burgundy.

They also tend to age a lot more, like the Romanée-Conti vineyard’s wines, which need 20 years to reach maturity and last over 35.

Domaine de la Romanée-Conti, or ‘DRC’ as it is widely referred to, is by far the most prestigious estate in Côte de Nuits and Burgundy, but it could be argued that its reputation is second to none globally. DRC continuously appears in the list of the world’s most expensive wines, with bottles often purchased for between £2,000 and £15,000, depending on the vintage.

In regards to Pinot Noir, The Beauty & The Taste have chosen for you Domaine de l’Arlot, Domaine Taupenot-Mermeand Domaine Louis Remy – Chantal Remy to represent the characteristics of Côte de Nuits.