Côte de Beaune extends for about 25 km to the River Dheune, between Nuits-Saint-Georges and Beaune.

It forms, along with Côte de Nuits, the Cote d’Or (the “golden crest”) and makes up the northern half of the long stripe of vineyards comprising the wine region of Burgundy.

Together, they are historically considered the most important sub-regions in Burgundy.

A Taste of Côte de Beaune 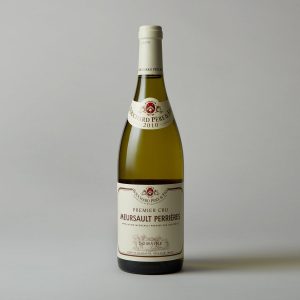 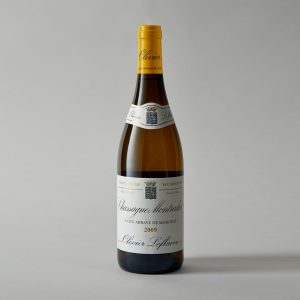 The first archaeological evidences of viticulture in Beaune dates back to 200 BC, when the area was inhabited by the Celts. The late discovery of Etruscan amphoras is evidence of an ancient trade.

The Romans arrived in the area around 50 BC, bringing with them a passion for wine and consequently leading to an increase of vineyards planted in Beaune and in the region generally.

The 3rd and 4th century AD witnessed the German invasions, with fortifications being built, shaping the village with constructions that we can still see today.

While Benedictine monks had a major impact across Burgundy in general, starting with the cultivating of vineyards from the deep southern Abbey of Cluny in the 12th century, it was another monastic order, the Cistercians, that owned the majority of the vineyards. It was this order that contributed most to the success of Beaune in the 14th century, shortly before Beaune wines became the most popular in all of Burgundy.

Monks were not only important in preserving winemaking knowledge during the turbulent Middle Age, but the following acquisition of small plots of land by the nobility, along with Napoleonic inheritance laws, contributed to the plethora of growers of the era, typically owning just a few lines of vines.

Politics have also had a significant impact in Beaune. Home of Burgundian Parliament in 1227 and only controlled by France from 1478, the village’s fortunes went hand-in-hand with the religious wars of the 17th century, following the Edict of Nantes. This led to the mass departure of protestant Huguenots, who were escaping religious prosecution, and caused a catastrophic loss of the qualified workforce in the area. Curiously enough, many of them contributed to the development of a New World wine region once they relocated to South Africa.

Despite a new golden era driven by the wine trade in the 18th century, Beaune suffered, like most France and Europe, from the devastation of the phylloxera epidemic in 1878 and the two world wars that followed in the subsequent century.

As part of Burgundy, Côte de Beaune has a predominantly continental climate. Cold winters and hot summers expose the grapes to various hazards, and so a productive vintage relies heavily on the ability of winemakers to cope with such conditions.

A picturesque way to counter springtime frost in the area is the usage of helicopters hovering over the vineyards to prevent springtime frost or wood-burning braziers placed between the vine rows, which are beautiful to watch after sunset.

Red grapes dominate Côte de Beaune, which account for about 70% of production. Within them, Pinot Noir is the most prominent variety. For white grapes, Chardonnay is the most numerously planted.

Despite being less widespread than red, white wines from Côte de Beaune are very often referred as the most prestigious in Burgundy, thanks to widely recognised plots, such as Meursault and Chassagne-Montrachet.

White wines from Côte de Beaune are mainly made from Chardonnay and are renowned for their vivacity, brilliance and colour intensity. They display richness and body, with aromas of honey, hazelnut and vanilla not being uncommon, as well as some hints of truffle. They may also present touches of minerality.

Red wines are mostly made the from Pinot Noir grape and are characterised by subtle red fruit notes. The texture has been defined as quite firm and flavourful, while acidity is right at the right levels needed to ensure the wine is able to maintain its potential.

Olivier Leflaive was created as a negotiant house in 1990, when Olivier took the reins of the family estate. Olivier Leflaive makes wines with grapes coming from different plots in Côte de Beaune, the most prestigious being Meursault and Chassagne-Montrachet. The house specialises in whites from Chardonnay.

Bouchard Père & Fils is the largest vineyard owner, not just in Beaune, but the entire Cote d’Or. The estate was founded back in 1731 and was sold in 1995 to Groupe La Vigie, who also owns Champagne Henriot and William Fèvre.