The Côte Chalonnaise, in the south of the Cote d’Or in Burgundy, is named after the town of Chalon-sur-Saone, which is on the Saone river. The region has no Grand Cru certified vineyards, the highest classification achievable for a vineyard in France, but is still considered a main area for wine production in Burgundy.

A Taste of Côte Chalonnaise 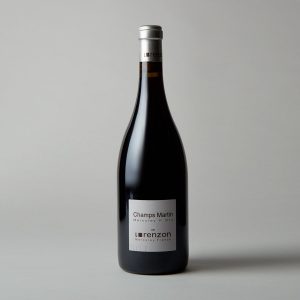 Located on the Saone, Chalon-sur-Saone was an important trading post for the Celts who lived in the region. While the Celts may have been producing wine during this era, it is generally thought that the Romans brought viticulture to the area at around 51 BC. The earliest record of Burgundy producing well thought of wines was in 591 AD by Gregory of Tours.

In the Middle Ages, the Catholic Church had a lot of influence in the production of wine, as many monasteries owned vineyards and produced wines. The Benedictine monks in Cluny became particularly well known for their wines and helped push the reputation of Burgundy wines throughout Europe. The Cistercians from Citeaux Abbey also played a significant role in the production of wine in the Cotes d’Or, which became famous during the Avignon papacy in the 1300s.

Later, the Dukes of Burgundy banned the import and export of non-Burgundian wine, which gave a boost to the wine industry in the region. During the 1600s, after Burgundy became part of France, many vineyards in the region were sold to the bourgeoisie of the Church and, after the French Revolution, the remaining vineyards under Church control were broken up and sold off.

In the 1900s, Burgundy wines experienced a lot of ups and downs, particularly after World War II. Wine makers who had been away fighting returned to find unkempt vineyards and had to work to revive the area and its winemaking reputation.

In the 1980s, the Côte Chalonnaise experienced a jump in reputation, which was beneficial as it had somewhat slipped under the radar throughout much of history in favour of more the more renowned Burgundy wines. This interest has brought in more investment and money to the region, which has increased the price of the wines, as well as its reputation within the wine world.

The Côte Chalonnaise has a continental climate, with cold winters and warm summers, which provide good growing conditions for the vineyards in the area. The region is also quite hilly, leading to lower amounts of rain and decreasing the risk of the grapes becoming mouldy and spoiled. The hills in the Côte Chalonnaise also create microclimates within the region, meaning that the quality of the wine may differ from vineyard to vineyard.

Soil in the region is a mix of limestone, sand and clay, along with some iron deposits.

The Côte Chalonnaise produces primarily Pinot Noir and Chardonnay wines, with about 500 hectares under vine. 54% of the wines produced in the area are Pinot Noir, 42% are Chardonnay and 4% are Aligote.

Pinot Noir, a red wine grape, and Chardonnay, a white wine grape, are the two primary grapes grown in the area. However, Aligote is also grown.

Aligote was first recorded in Burgundy in the 1800s and is used to make dry white wines. Aligote is very tolerant to cold and is sometimes used as a blend in Burgundian sparkling wines. It’s an early ripening grape that is high in acidity, helping to contribute to Burgundy’s light style of wine.

Wines from the Côte Chalonnaise are considered to be very fruit-forward when they’re young. Red wines from the region have spicy aromas and white wines have toasty, smoky notes to them.

Both red and white wines from the Côte Chalonnaise are considered to be good early drinking wines.

Some of the most well-known producers in the Côte Chalonnaise are Domaine de Villaine, Petit Marole, En Choue, Clos Voyenes, Les Puillets, Chapitre and Vauvry.

From this area, The Beauty & The Taste has selected Domaine Bruno Lorenzon, known for being an intense and particular winemaker.