Bordeaux is considered the largest and most popular wine region in the world. Widely famous for its red wines, which account for about 90% of the total production, it’s home to some of the oldest and highly rated producers, or châteaux.

The region is located in southwest France, where the river Garonne flows into the Atlantic Ocean.

Approaching Bordeaux might sound intimidating to the uninitiated as the region hosts over 7,000 châteaux, providing a very comprehensive range of wines. Roughly 60% of the wines are sold and consumed domestically, while the higher range of production is vastly allocated for exportation outside of France.

A Taste of Bordeaux 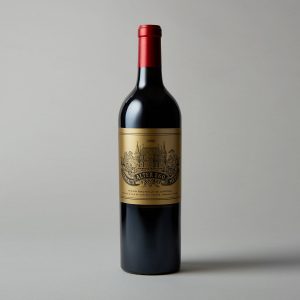 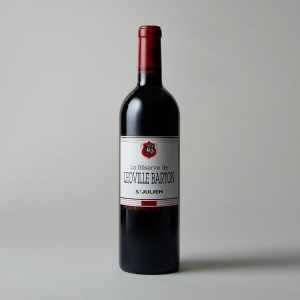 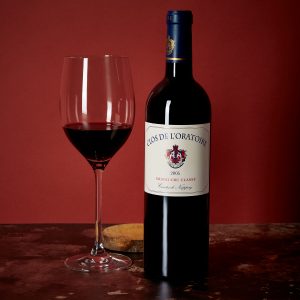 First records of Bordeaux wine production are dated back in 71 AD by Pliny the Elder, although it is believed that the Romans established vineyards before that date in order to cultivate grapes and produce wine for the legions occupying Gaul.

During Middle Age, a boost to Bordeaux wine popularity was the marriage between Henry Plantagenet and Aliénor d’Aquitaine in the 12th century. When Aquitaine became an English territory, Bordeaux wines started being exported and traded in exchange for other goods. Their increasing popularity abroad required vineyards to expand to accommodate the demand.

In the 17th century, Dutch traders started draining the marshland around the Médoc, thus encouraging the planting of vineyards. They also opened new distribution channels, initiating what is widely referred to as the “second golden era” for Bordeaux.

With the War of Spanish Succession in the 18th century, navigation along the French coast and the English Channel became hazardous. Bottles of Bordeaux began appearing in auctions in London and other cities in England: officially referred to as captured bounties of privateers. Speculation about a formal arrangement for Bordeaux producers enabled led to producers to continue to thrive during the inevitable slowdowns of war.

It was around this time that bottles coming from Bordeaux began wearing labels with both the region and the specific area of origin.

Perhaps the most significant date in Bordeaux history is 1855, when Emperor Napoleon III requested the infamous classification system. The reason behind ranking wines was the Exposition Universelle de Paris of the same year, where indications were required by the attending visitors. Wine brokers then ranked the producers according to both reputation and trading price, a quality indicator for the era’s standards. Wines were ranked from first to fifth growths, with the châteaux at to the top of the list gaining a popularity and fame from which they still benefit today.

In the second part of 19th century, a phylloxera (a louse or aphid) epidemic destroyed almost all of the region’s vineyards. A solution to the catastrophe was grafting the vines to a pest-resistant American rootstock which led to the grapes that responded best to becoming the region’s most valued produce.

It was in 1982 that, after years of economic problems and the effect of the oil crisis in the 70s, wine critic Robert M. Parker, Jr. glowing review gave Bordeaux wines a new spring. The region suddenly became more appealing, especially because critics, especially American, started having more influence beyond official classifications. Crucially, the presence of fruit in wine became a factor more than even before.

It was this trend that pushed châteaux to introduce “second wines”, an efficient way to avoid wasting good, but not optimum, grapes without tampering the fame and reputation of the main labels.

The proximity of Bordeaux to the Atlantic makes the climate of the region oceanic and temperate, with short, mild winters, hot summers, long autumns and a high degree of humidity, which exposes the grape to various diseases, such as mould and mildew.

It’s part of viticulture evolution to understand how to forecast and deal with such hazardous factors and avoid them jeopardising the success of a vintage. It’s not rare to see châteaux modernising their techniques with adoption of technology to limit the impact of climate on production.

There are about 120,000 hectares of vineyards in Bordeaux and over 7,000 châteaux. The production of Bordeaux wines has steadily increased since the 1960s, almost doubling to 900 million bottles with an estimated value of 2 billion Euros produced yearly.

The region produces 15% of all the wine produced in France every year.

Slightly less than 60% of all grapes harvested are used to produce châteaux bottled wines. The remaining 40% is sold to négociants, cooperatives and larger estates to produce branded wines.

Out of the total production, around 60% is consumed within the domestic market. However, it is not only exports that have increased over the past years, but also the most famous châteaux. This has led to the most highly priced bottles being widely exported outside of France.

Today, China leads the ranking for the biggest importer of Bordeaux wine.

Bordeaux is dominated by the production of red wine, which accounts for about 90% of total production.

The grapes that survived the Phylloxera epidemic in the 19th century became the main varieties of the region. Merlot is by far the most planted grape (62%) for red wine, followed by Cabernet Sauvignon (25%) and Cabernet Franc (12%).

The key features of Bordeaux wines are deeply influenced by the fact that around 90% are red made from Merlot and Cabernet Sauvignon. Typically, the wines are medium to full-bodied, which means they deliver a big and powerful sensation when tasted. Depending on various factors such as soil, vintage and terroir in general, fruit flavours can change, however, it is common to find notes of blackcurrant, plum, graphite, cedar or violet in the region’s red wines.

When it comes to red wines, among the most significant producers in Bordeaux are the First Growths in the 1855 Wine Official Classification. These chateaux include Lafite, Later, Margaux and Haut-Brion..

In 1973, this exclusive list has welcomed another very famous producer: Châteaux Mouton Rothschild, who is also renowned for having started the tradition of designing a different label for each vintage. From 1945, artists such as Pablo Picasso, Salvador Dalí and Francis Bacon were among the designers of labels that became the most iconic.

Petrus, the most famous producer in the appellation of Pomerol, is dated back to 1837. But it’s from the 1960s that it has become a gem in some collector’s cellars. At auction, it is consistently priced at higher prices than many First Growths. Petrus continues to be one of the world’s most valuable and collectable of wines.

The Beauty & The Taste have selected for you some historic producers of the region. Château Palmeris believed to be more than 300 years old, it is one of the most famous producers in the world. It produces two wines, the eponymous Château Palmer and Alter Ego de Palmer. Château Latour à Pomerol is a small, yet highly renowned estate in Pomerol. It is not to be confused with the other Bordeaux producer, Château Latour. Widely recognised as having produced wines among the most legendary in Bordeaux’s legacy, it was particularly highly thought of during the glorious post Second World War period. Château Léoville Barton is based in the Saint-Julien AOC. The heritage of the family goes back to the 18th century, with the first generations of Barton’s establishing several businesses throughout the wine industry, both as merchants and producers.

From the portfolio of German wine entrepreneur Stephan von Niepperg, a connoisseur of Bordeaux specialised in Merlot based blends, we selected very representative names from Château d’Aiguilhe and Clos de l’Oratoire estates.