Torbreck is an Australian winery founded in the Barossa Valley. Widely recognised for producing some of the finest examples of red wines from Australia, Torbreck has been rated in the top 100 wineries worldwide.

The winery specialises in premium productions made from Shiraz and Grenache.

A Taste of Torbreck Vintners 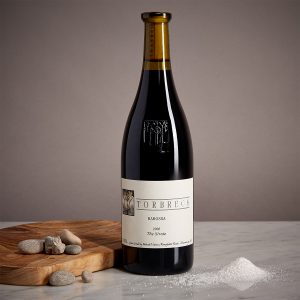 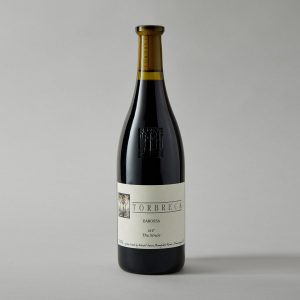 Torbreck Vintners was founded by David Powell in the Australian Barossa Valley in 1994. He decided to name the business after a forest on the outskirts of Inverness, Scotland, where he’d worked as lumberjack after university.

Powell’s vision was to produce wines from selected plots in the Barossa Valley, an area characterised by extensive viticulture, thanks to English and Silesian winemakers moving there in the 19th century. Aside for a few exceptions, all the wines produced by Torbreck were indeed produced from more than one single plot.

At the very beginning, due to financial necessity, Powell was share-farming the vineyard. This meant he was working without pay until the grapes were sold, then given a percentage of the market rate after sales.

The fame of Torbreck as a fine winemaker was certainly boosted by the pleased reviews from American critic Robert Parker Jr, consistently awarding these Australian wines with very high scores, ultimately leading to it becoming rated as one of the top 100 producers in the world.

In 2002, Torbreck went through a period of financial struggle due to Powell’s divorce and the estate was put into receivership. He stayed in the company with a directorship role and winemaking responsibilities. In 2008, Powell was able to get Torbreck back with the support of Pete Kight, the owner of a winery in California.

In that same year, the estate was completed with the acquisition of a winery and bottling facilities from a nearby property, ensuring tighter control in the winemaking process, achieving the initial vision of its founder.

However, in 2013 Dave Powell was removed by his former partner Pete Kight. The split caused a bitter rift, with Powell eventually starting a new venture with his son a few years later.

From 2017, Torbreck Vintners engaged in a new era of expansion, an example of which is the new international guest centre that hosts some of the most important clients from around the world. Firmly settled, with quality production and renowned as one of the most prestigious producers in Australia, the company believes today that the finest Torbreck wines are yet to be made.

Torbreck Vintners have their name printed on around 70,000 cases of wine every year, with production spread across about 20 wines. The vast majority of these are reds, accounting for 90% of the total. The remaining production is white wine, although in certain favourable years a Mataro Rosé is also produced.

The business model of Torbreck is typically a “negociant”, despite the estate now owning several plots. The vast majority of the grapes are sourced all around vineyards in Barossa Valley, to make sure the estate is able to vinify and produce the finest examples of the area.

Shiraz accounts for about 40% of the wine production, followed by Grenache (20%), Mourvedre (5%) and a handful of minor varieties.

Today, winemaking at Torbreck Vintners is looked after by Craig Isbel and his team. Up until his departure in 2013, it was founder Dave Powell who had a hands-on influence on wine production.

The philosophy of the estate hasn’t been disrupted, however, and Torbreck still relies a great deal on the characteristics of Barossa Valley, which include a fantastically fertile soil that is home to some of the oldest vineyards in the world. In fact, there are some examples of that are almost 170 years old. They are patiently dry-grown, allowing them to achieve ripeness, and proceed to harvest when the grapes are at their expressive peak.

At the same time, the processes throughout winemaking are deliberately unintrusive, in order not to tamper with the character of the grapes and capture the integrity of every single plot. Fining and filtration are therefore not a part of the process.

The most important grape varieties for Torbreck are Shiraz, Grenache and Mourvédre, all originating from Rhone, France.

Barrel fermentation is a crucial part of wine production for Torbreck, approached with an almost religious zeal. The 225 litre barriques at the estate are selected with great care from Dominique Laurent, considered one of the finest barrels producers in the world. The process of making them might take as long as 54 months. They are handcrafted and avoid imparting a heavy toast character due to the remarkable density of the wood.

Since 2008, the estate has been able to bottle its wines autonomously.

Torbreck believe they are “simply custodians, enhancing the innate expressiveness of the wines and enabling them to reveal over time, their individual origins and personality”.

The wines at Torbreck perfectly emulate those of the Rhone Valley. As a consequence of minimum intervention and refinement, wines generally display richness, structure and great ageing potential. In terms of flavours, fruit is very prominent and concentrated.

For you, we selected a 2006 Torbreck The Struie made from Shiraz.