From a wine perspective, Argentina is widely considered the most important country in South America and is currently ranked fifth in the world for wine production.

It is known to be home of Malbec, a grape variety originally from France that was found to thrive in the Argentinian climate.

A Taste of Argentina 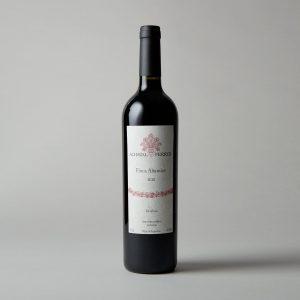 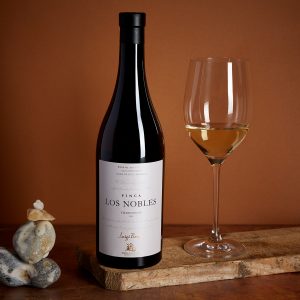 The first vineyards appeared on Argentine soil in 1551. The grapevine was introduced by Spanish colonisers and rapidly spread to the central, western and northeastern areas, favouring the soil and climate of the Andean region.

This original input was mainly due to Catholic priests’ need to create a wine supply for the celebration of holy masses, hence they planted vineyards in close proximity to monasteries.

In the 16th century, the basic infrastructures for irrigation were laid down by missionaries and settlers.

The 19th century geared the wine industry towards the image we know today, with provincial governor Domingo Sarmiento managing to import the first Malbec cuttings from France through the agronomist Miguel Aimé Pouget. It was also a time of massive European immigration, which brought new vine-growing techniques and grape varieties: many growers were escaping the effects of the phylloxera epidemic that devastated vineyards in Europe, with Argentina their primary choice of destination. Alongside new agricultural policies, the strengthening of the rail network also helped Argentina join international economic networks.

In the 1970s, the Argentine wine industry collapsed. The growing popularity of soft drinks and beer deeply impacted a market focused on high domestic consumption of low-quality wines. Furthermore, the military dictatorship negatively affected an export trend that had already been hit dramatically by the global Great Depression few decades earlier.

It was the early 1990s that saw a decisive shift in the Argentine wine industry. The arrival of Neoliberalism in the national economy brought Argentina back into the global market and new local entrepreneurs and foreign investors once again became a factor. This led to the industry focusing more on quality and less of quantity for both the export and domestic markets.

Wine regions in the Country are located in desert areas far from the ocean,in high-altitude valleys, sometimes between 900 and 1500 metres above sea level. This has made Argentina one of the most peculiar continental viticulture areas in the world.

Despite being at the same latitude of South Africa and Australia, Argentina shares very similar climatic features with Burgundy and Piedmont.

Argentina’s continental climate is best summed up by its marked differences of seasons, cold winters, which expose the grapes to frost, and warm summers, which lead to the grape’s ripening.

Supplemental irrigation is frequently needed due to scarce precipitations, which was first addressed during the 16th century and the infrastructures that were put in place during that era.

Argentina produced roughly 1.5 billion litres of wine in 2015, from a vineyards’ surface of 225,000 hectares. Red wines take the stage, accounting for about 65% of production. Whites cover almost 33%, with rosé and others sharing the small remaining share.

Argentina’s key strength is domestic consumption: in fact, about 80% of the production is sold within the Country’s borders.

Despite being the fifth largest producer in the world, Argentina is only 9th when it comes to export. The main market for Argentine wines abroad is United States, covering almost 50% of total export.

Red wine varieties dominate the vineyard surface of Argentina, covering more than 55% of the total.

Dark-skinned grapes are led by Malbec (36%), which is a trademark of Argentine wine. Minor grape varieties are Bonarda (16%), Cabernet Sauvignon (13%) and Syrah (11%).

Within whites, Torrontés Riojano (21%) and Chardonnay (16%) are the main actors, but there are also Chenin, Sauvignon Blanc and Torrontés Sanjuanino varieties, each of which at 5%.

Argentine wines need to be made from at least 80% of the same grape for them to show the grape variety on the label, a similar regulation to Australia and South Africa. Hence the style of the grape relates heavily to the style of the wine.

Malbec is very likely the most representative wine from Argentina. The flavours and aromas of wines made from it include blackberry, cherry, plums, and chocolate. Often characterised by an inky-black colour, Malbec wines are medium to full bodied and bring a relatively high acidity.

Bodega Catena Zapata was founded in 1902 and is one of the most representative producers in Mendoza. Mainly devoted to the production of Malbec based wines, the estate also produces a famous barrel-fermented Chardonnay. Catena also own several other brands in Argentina.

Bodegas Luigi Bosca is one of the oldest and biggest wine producers in Argentina. The estate is located in Luján de Cuyo and the company has belonged to the Arizu family for almost 120 years. It has had a key role in Mendoza gaining its recognition, achieving the first Argentine C.D.O., known as  the “Lujan de Cuyo” or Controlled Denomination of Origin.

Achával Ferrer is renowned for producing high-end wines made from Malbec, usually blended from classic Bordeaux varieties and grown in the high altitude vineyards in the Uco Valley.