The Grape, the Vine & the Queen

Fine wine in the UK is an ever-growing market, quite against the overall trend for wine consumption in the country more generally. The market is changing rapidly, with New World regions thriving and Old-World regions somewhat slowing, although more than holding their own at the high end. So, is this trend long term? Will Brexit have an effect? One thing for sure is that the coming years for fine wine consumption in the UK will be rather interesting.

The Fine Wine Market in the UK

Fine wine has a unique history when compared to the general market. The techniques involved, such as hand picking compared to mechanical, mean that costs are much higher, as is the quality of wine. It is this reason that the market for fine wine differs greatly from that of the general market, making it somewhat unique amongst all commodities.

Fine wine is very much a niche market, with the Old-World wines of Bordeaux, Burgundy, Tuscany and Piedmont leading the way. The grapes used go hand in hand with these regions, red wine grapes with the aforementioned regions, with the exception of a small amount of Chardonnay for Burgundy, which is better known for its magnificent Pinot Noirs. New World wines, while often different in terms of terroir and climate, use these same techniques that have brought such success to these famous regions.

In essence, this is a matter of immense quality instead of the huge quantity from the general wine market. It is the scarcity and uniqueness that makes the market thrive when its sister industry is shrinking.

A fascinating poll from 2018 showed that the UK is consuming less wine in total than it has in the recent past, down considerably from the previous year. Many reasons were presented for this downward trend, from higher prices to improvements in the quality of beer more readily available, but it is in some of subcategories that it gets really interesting.

For example, women drink wine more regularly than men, but just as many men are wine drinkers in general. Older drinkers tended to prefer wine than younger ones, with the over 65s drinking the largest proportion and the under 25s the least.

All of this was interesting enough, but it was the fact that, despite the downturn in wine drinking, the UK was still the 6th largest market in the world, punching well above its weight for a country with a relatively small population compared to most of those on the list.

Reading between the vines, though, what is even more striking is the fact that the UK fine wine market is enormous, among the largest anywhere on the planet, putting pay to the idea that the British prefer cheap lager and a battered cod to a cheeky Pinot Noir and a lightly pan seared salmon fillet.

Things get even more interesting when the regions are compared. London is the largest region where fine wine is consumed, it’s an enormous market that rivals any world city, but the region for wine consumption in general lagged way behind the Midlands and North.

Fine wine consumption is bucking wine’s downward trend, with consumption up year on year, so the picture seems to paint a picture of a that is becoming more discerning in its wine drinking habits. The trend, therefore, is quality over quantity, something that somewhat goes against the cliché and presents an opportunity for the global fine wine market.

The picture of the most popular fine wine regions is very different than the mainstream market, where new world wines do particularly well in the UK: Australian reds arguably the most popular of all wines consumed, but they also make up a large proportion of fine wines imported into the country. By contrast, Bordeaux sells a lot less in terms of quantity overall, but it is still arguably the most popular region when looking at the high-end of the market. This is to be expected with a fine wine region and again hints towards a preference for quality over quantity in the UK market, at least compared to other parts of the world.

Looking at the shelves of the most prominent British fine wine merchants, it’s outstanding the consistency of French wines representing very often well over 50% of the whole offer. This is due to the vast appeal of long established regions such as Bordeaux, Burgundy and Champagne, actual titans of an industry opening up its appeal more and more to a less wine-educated audience. 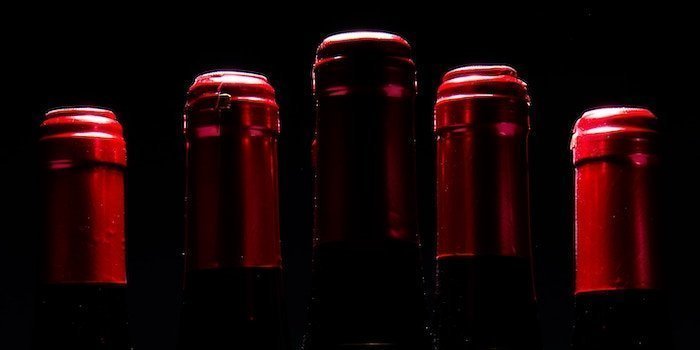 Other French regions such as Rhone and Loire follow the leaders, although with significantly smaller numbers.

New outsiders are lately challenging the French hegemony, with Piedmont and Tuscany closing the gap in terms of quality and – in parallel – bottles imported in the country, with high-quality styles sometimes representing alternatives to Burgundy and Bordeaux respectively.

But at the same time, New World regions are catching up too and Californian, Australian and New Zealand wines are now more and more present in the lists of established fine wine merchants.

No matter what someone might tell you, a grape does not in itself infer absolute quality, so its appearance on a bottle is not a synonym for the accolade of “Fine”. There are some fine wine regions, however, where certain grapes make up some of the world’s very best wine. It is therefore possible to read something into the sales of particular grapes and their popularity in the UK fine wine market.

As every region has their signature grapes, the popularity of the areas mentioned before has a straight impact on the varieties. In fine wine, reds are king: their crown is held proudly by Cabernet Sauvignon, Merlot and Cabernet Franc from Bordeaux, with Pinot Noir from Burgundy being a synonym of elegance recognised the world over.

These specific grapes are also cultivated in other regions, imparting interestingly different styles. So it’s not uncommon to find Pinot Noirs from Australia or New Zealand, or Cabernet Sauvignons from Tuscany, for example.

Among the niche segment, Nebbiolo is gaining more and more popularity: comparable to Pinot Noir in terms of elegance, this grape is grown almost exclusively in the Northern Italian region of Piedmont. Nebbiolo was also found to be the most popular grape in the most affluent areas of London, despite not appearing in the top 10 of grapes in the Country at all.

Chardonnays and Sauvignon Blancs are among the bestselling grapes in the UK overall, and for fine wine – despite whites are less popular than reds – this trend is confirmed. However, geography presents a different scenario, with French regions being widely renown as the best region for high-end white wines – Burgundy and Loire in particular – but with New World South Africa and New Zealand closing the gap over the past few years.

The Future of Fine Wine in the UK

One of the reasons given for the slowing of the wine market more generally in the UK is that prices are going up, so with Brexit looming, how might this affect fine wine consumption in the future?

Well, firstly let’s be clear: we are not economists, nor can we see into the future, but there are some outcomes that might be said to affect the market that we can hazard a few educated guesses at. A no-deal Brexit is the most striking outcome that could affect the market and would likely mean an increase in the price of wines from the old world, France, Italy, Spain, Germany, etc, with delays on imports a likely outcome in the short term.

On the other hand, trade deals with new world countries could work in the UK’s favour, a market, which as we’ve previously seen, is growing enormously.

The only thing that can be said to be true at this point, however, is that fine wines are highly sought after in the UK, and this trend will likely continue in the near future. Whether the New World inroads in recent years begin to compete fully with the giants of the Old World remains to be seen, but it is a win-win for all wine drinkers if the new rivalry means higher quality wine across the board is the result.

Piedmont & Burgundy
The Food & The Pair